When I became pastor of St. John Berchmans in Cankton, LA, I was told by my very good friend and predecessor, Fr. Henry Broussard, that all I had to do was paint the interior of the church and change the carpet. We formed an advisory council that helped me to assess the situation. The members were Deacon Byrne Winn, Stephanie Maynard (parish secretary, bookkeeper and D.R.E.), Helen Richard and Kent Sibille (trustees), Rod Bishop, Tony Broussard, Tina Guilbeau, Su-Su Rainey and Malcolm Woods.  Later on Carlene Dartez replaced her father Malcolm. Barbara Richard (housekeeper and sacristan), David and Debra Menard were added as consultants. In November of 2012 we began discussions with David Courville, architect.

We discussed whether or not we should paint the masonite which covered every wall and replace the carpet with wood floors.  Paul Latiolais had fixed the drainage problem under the church with the assistance of David Menard and Terry Mouton.  Paul and Jason Stelly converted the confessional space into a prayer chapel in February of 2013, then converted the northern closet into a confessional.

At that time we hired Kermit Allen of Crowley to do statue repair and renovation. A truly gifted artisan, Kermit refurbished all the statuary of the church.

I was surprised to discover that we had no pictures of St. John Berchmans' miracle at the Academy of the Sacred Heart just down the road in Grand Coteau.  His healing of Mary Wilson was the miracle needed for him to be canonized a saint. When I asked Msgr. H. A. Larroque if he knew of anyone who could replicate the paintings from the Academy shrine, he thought one of the Carmelites might be able to.  He put me in touch with Sr. Raphael Domingues.  Mother Mary John was gracious enough to give her permission to undertake the task. We now have two beautiful reproductions of this local miracle prayerfully executed by a Carmelite nun.

Since we were going in new directions, it seemed right to have a new altar of sacrifice.  Shawn Budden, a good friend, who had built one for me in Mire, agreed to take on the project.  He wished it to be in memory of his grandfather, Warren Savoie. It was dedicated by Bishop Michael Jarrell on November 30, 2014.

In the summer of 2013, seminarian Salinger Istre was assigned to the parish. He was studying the parish scrapbook when he pointed out to me that there appeared to be a painting of some sort over the window in the picture. It had been covered over with the masonite. David Menard, Terry Mouton (parish maintenance) and Andrew Fruge (parish computer processor) began the process of removal of all the masonite. They uncovered twenty-five paintings covered up for over forty years. Eventually, David Menard approached me about evidence of a painted ceiling that could be seen under the celetex tiles.  They began removing all of the celetex from the ceilings. Wonderful medallions were discovered along with a beautiful mural of the Blessed Virgin Mary's Assumption.

As more and more art was being revealed, I began a search for someone to restore and repair all of this treasure.  I was blessed to come into contact with Keith Morris of Baton Rouge. I just don't know how we could have done everything without his extraordinary talent.

Meanwhile I noticed the stations of the cross were in need of a face lift. Msgr. Charles Mallet, a former pastor had discovered the old frames in the church attic and placed the small plaster stations in the center of each frame.  We believe the frames came from St. Charles Borromeo Church in Grand Coteau, our mother church.  Terry, Andrew and I painted the frames.  I was able to order canvas prints of the stations online from Fine Art America.  The original artist was Svitozar Nenyuk.  I glued the prints on the board that was there and simply placed them in the newly painted frames.

A big issue was the cry room/ day chapel floor which had a serious dip. Through David Courville we contracted with Lenard Bertrand and his son Sean from Opelousas. They began with the floor repair, but had to remove the wood and glass wall which had put too much weight on the floor beam which had already been seriously damaged by termites. We chose not to put the wall back.

While Keith was restoring the Assumption mural, he noticed a signature.  I was able to purchase another work by "Thegering" of the Ascension of Jesus which is now over the sanctuary. Keith played a critical role in the color selections of the church. During restoration, Keith also did many original works: the Blessed Mother's Ave Maria symbol, the lyre in the choir loft, the prayers under the Jesus and Mary portraits on the west walls, the crucified Jesus over the prayer room, the enhancement of the ceiling medallions, the name banners of the apostles and St. John Berchmans, the four evangelists over the sanctuary, the good shepherd over the confessional and the portrait of Venerable Henriette Delille. Mother Delille's portrait is on the southeastern wall over where a door had once been that served as the sole entrance for African American parishioners. Surely she watches over all who are victimized by the shameful sin of racism.

We also purchased a high altar made of fiberglass.  In looking at the altar you would think it to be marble. Kermit transformed this altar into a spectacular home for the tabernacle.

David Menard continued to selflessly offer his services to the project: refinishing the sanctuary furniture, stripping and restoring the original pews from the cry room/day chapel, putting up the stations and the statues, building a pedestal for the Blessed Virgin Mary statue and so much more. We are in your debt. Another dedicated parishioner, Judy Broussard, offered her considerable talent as a needlepoint designer to design and assist volunteers to create beautiful kneeling pads for the altar servers.

Under each arch of the church there is a small medallion attached. On the underside of each is the signature of those who celebrated the sacrament of Confirmation on March 27, 2014, the members of the Advisory Board and the staff of St. John Berchmans parish.  Under the altar of sacrifice is a first class relic of St. John Berchmans. Under the tabernacle altar is a collection of photographs that parishioners brought of their families.  The body of Christ embraced by the body of Christ.

During the week of July 14 a tragedy struck. David Courville, our architect, died and a mass of Christian burial was held on July 20. His wife, Vickie, and their sons, Louis, Gabe and Rafe, requested that the funeral be held here, since it was to be his final project.  We were honored to host the celebration for this gentle man and gifted architect. One of his assistants, Angelique Hernandez, continued to work with us in David's absence.

The summer of 2014 brought us another seminarian, Nicholas Hebert.  Nick was a constant source of enthusiasm and support. Two employees of Lenard Bertrand Contractors, Blaine Bertrand and John Fontenot, have become like family to us. Their tireless efforts and dedication helped re-create this sacred space. We are so happy that their work is done, but saddened by their absence. At times they were assisted by Jamie Vidrine and Scott Mallet. Javier Fajardo and Usbaldo Lopez, working for Todd Viator, painted the walls, ceilings and stained columns throughout the church with a fearless grace. Early in the project Javier lost his brother, and we remember him in our prayers. Mike Vidrine and his team of electricians did the beautiful lighting that enhances so perfectly the interior of our church.  Neal Koch and his staff from Architectural Acoustics were responsible for the extraordinary flooring that was designed by Angelique Hernandez. Her associates at the firm, David Hamer and Greg Walls, also played important parts in the total project.

We were all called by the Spirit to be church in order to restore the church. So many people shared their gifts that flowed from that same Spirit.  The people of God formed by the Holy Spirit, named in honor of a young, solemn, holy Jesuit, taken from this life much too soon, are grateful to a loving God for bringing us together.  From our beginnings as a mission of St. Charles Borromeo to our present and probably well into future promises, we have been blessed, truly blessed with men and women of faith willing to bear dynamic witness to a restless gospel. There are no adequate words for this humbled pastor to express my sincerest gratitude to this beloved community and all those who worked to restore this sacred edifice. All of you are precious gift.

Barbara, Stephanie, Terry and Andrew have been so patient and so helpful. I will always be grateful. If I am not mistaken, when Henry told me that only painting and carpet changing were needed, my response was, "Sounds good to me". Whew! ...But it has been good to me. 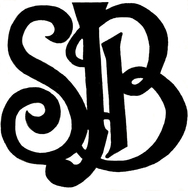